skip to main | skip to sidebar

Today I chopped wood.... but who cares about that when this is going on: 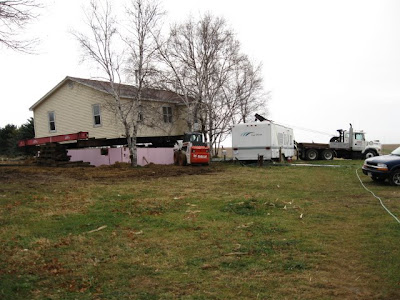 That's right the house is making the last 30 feet of it's journey. 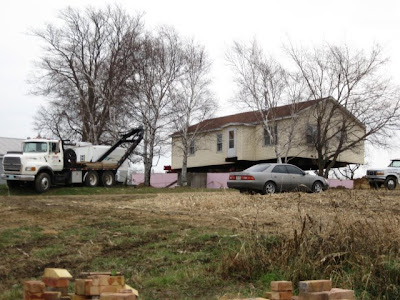 That large white truck is called the "winch truck" and pulls the house along a series of wooden rails and rollers. Here is the north side which runs along outside the basement. 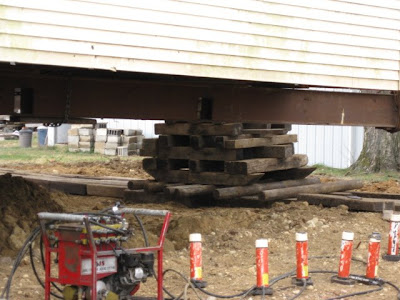 You can see in the hydraulic jacks in the picture above that they use to slowly raise the I-beams. They raise the beams just enough to place another row of 6x6's then let the jacks back down and raise the jack up onto the next 6x6 to raise it again. They had to build up quite a bit of frame work in what will be the basement to give a level surface to roll the house across to get it to where it needs to be. 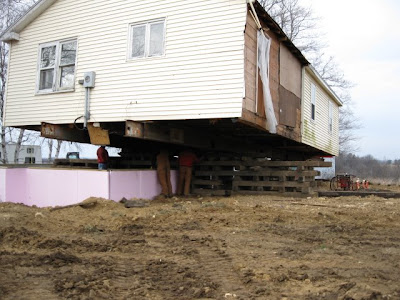 Here is a picture of the house almost centered over the basement. 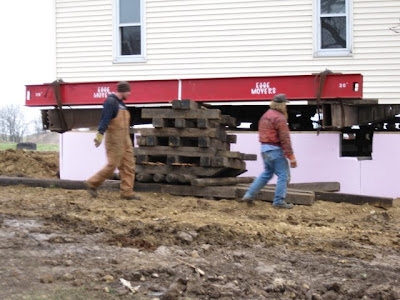 You can see there are notches in our basement for them to lower the I-beams into. They lower the house down until it is resting on the foundation then slide the I-beams our from under the house. The house is all centered up and they plan on setting it down tomorrow! Pretty great.
Joe
Posted by Joe and Christy at 5:49 PM

HAPPY DAY!
I hope things go quick for you and you are in and snug in your house soon.

Warm again and in time for Thanksgiving! Wonderful!

wow that's brilliant.. should be settled by now, hope everything goes well for moving in day....

Congrats on the house and first new kiln firing. Sorry about some of the mishaps.

Millie buys eggs every Monday, so I keep her up to date on all your goings ons.

The big hoo-ha pottery festival is this weekend. Lots of politics, but WE know who to buy from!

Hope to see you

The Windy Ridge Pottery Gallery is open daily from 10-5. We are located four miles west of Mineral Point at 3095 State Road 39. We look forward to seeing you! 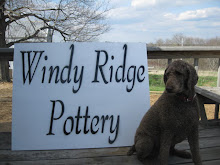 Some of our favorite posts